RTÉ One’s fly-on-the-wall series goes behind the scenes of one of Ireland’s leading entertainment venues – The Gleneagle Hotel in Killarney.  The is produced by Waddell Media and follows on from their success last year about the five-star Shelbourne Hotel. The three-star Gleneagle is very different, but what it lacks in stars it makes up for in enthusiasm and chutzpah. Since its modest beginning in 1957 as a fourteen bedroom hotel, the Gleneagle has grown and diversified. It now has 240 bedrooms, 50 apartments, a leisure centre, 5 bars and a state-of-the-art theatre venue, the INEC – Ireland’s National Events Centre. From ballet to bingo, country to comedy and snooker to sean nós there’s always something happening in the hotel.  It’s like a cruise ship on land – a party that never sleeps.

Episodes
Episode 1
1
This week the hotel welcomes a group of golden oldies who have come to the famous Gleneagle ballroom to kick up their heels in a marathon of old time dancing.  For the 30th year in a row, they’re here to reunite and dance with old friends for a ‘Lisdoonvarna Reunion,’ although it soon becomes clear that some people are still hoping for a bit of romance!  In the INEC young, up-and-coming band Walking On Cars entertain 3,000 fans in the biggest headline gig of their career.
Episode 2
2
The hotel’s marketing team feel the strain as they try to pull off a new Elvis themed weekend with impersonators flown in from the US at great cost. We go behind the scenes with the comedy trio The Nualas, while comedian Pat Shortt keeps everyone laughing with his sell-out one-man show.
Episode 3
3
This week the hotel plays host for the Oireachtas na Gaeilge, Ireland’s longest-running arts festival.  8,000 guests descend for a weekend of singing, dancing and drinking. The banqueting staff also feel the pressure as they pull out the stops to create a wedding to remember for a bride and groom and their 300 guests.
Episode 4
4
Love is in the air as it’s Valentine’s Day, and the Gleneagle is awash with red roses and weekending couples. John the chef is pulling out the stops to create the ultimate romantic dinner. Also arriving is a huge number of novice dancing enthusiasts, competing for charity in Killarney’s answer to Strictly Come Dancing.
Episode 5
5
This week it’s all about medal winners – as the jigs n wigs brigade descend on the hotel for the An Comhdhail World Irish dancing championships and All Ireland football champions the Kerry football team celebrate their 2014 win with a glamorous gala dinner.
Episode 6
6
It’s Christmas in Killarney and the busiest time of year with a packed schedule of special festive events and of course a visit from Santa.  And for New Year’s Eve the 3,500 seater INEC is sold out for Country and Western heartthrob Nathan Carter.
BACK TO SHOWS 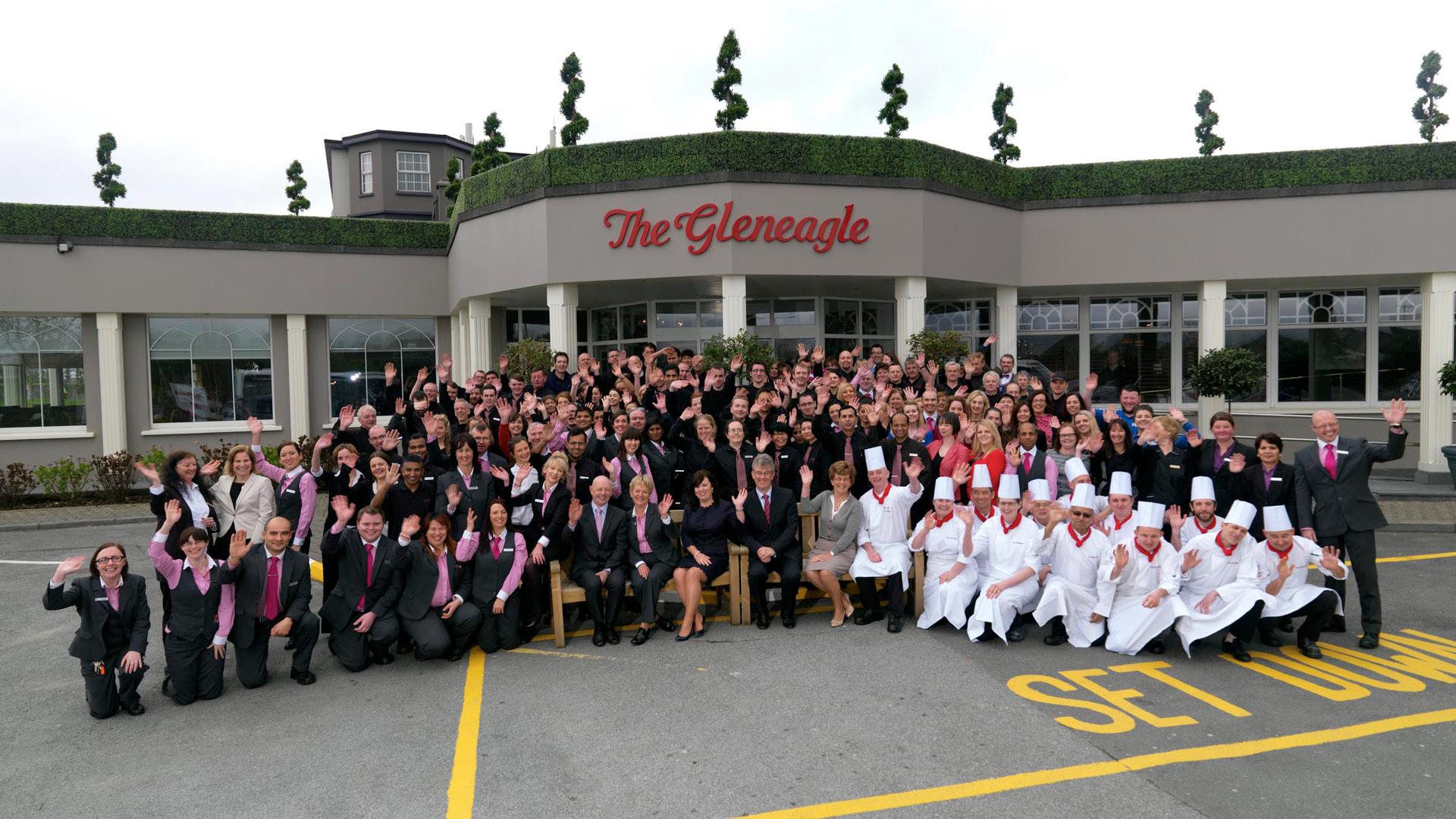 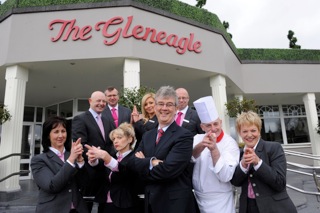